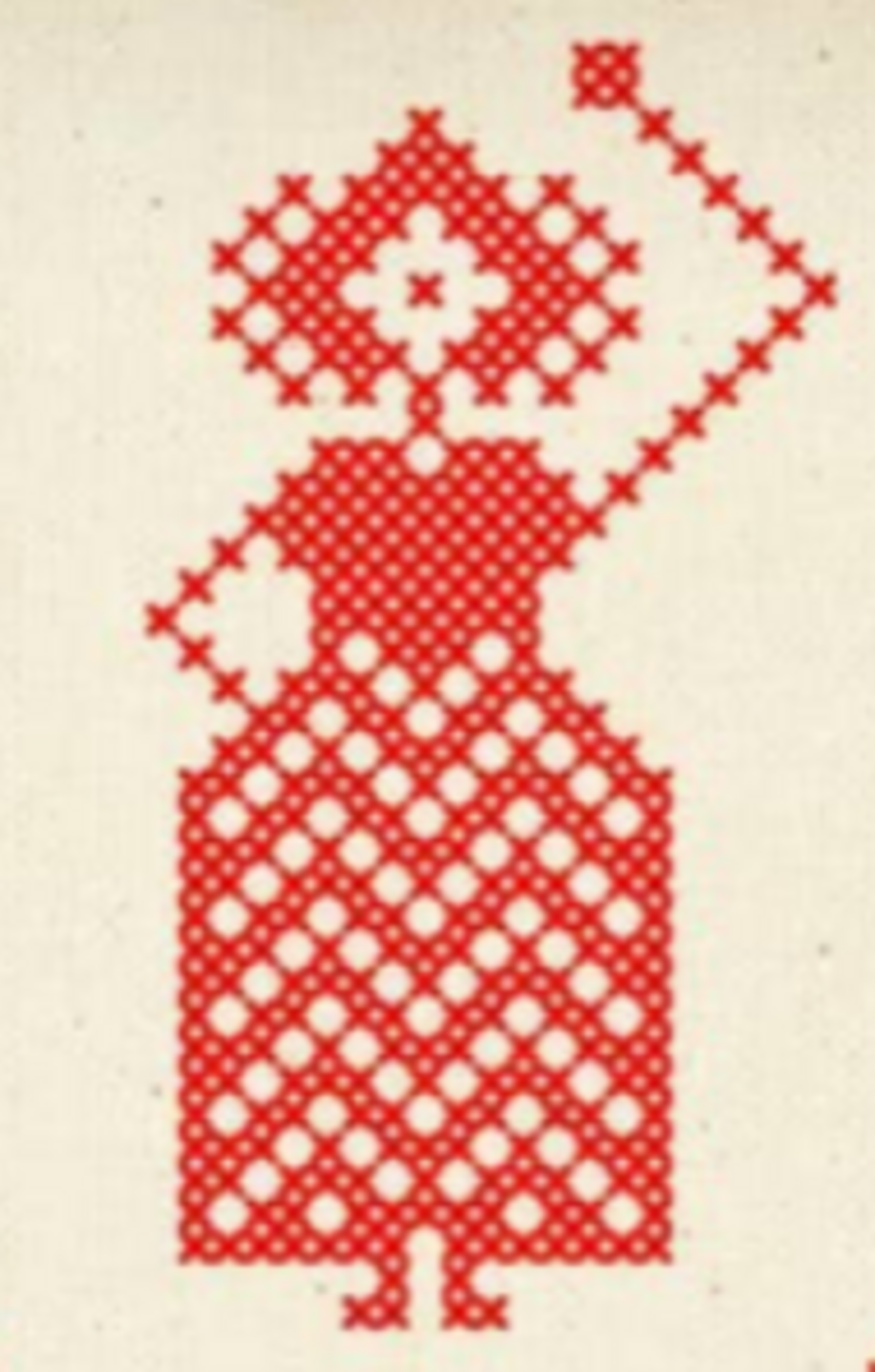 International
0 %
This campaign did not reach it's goal 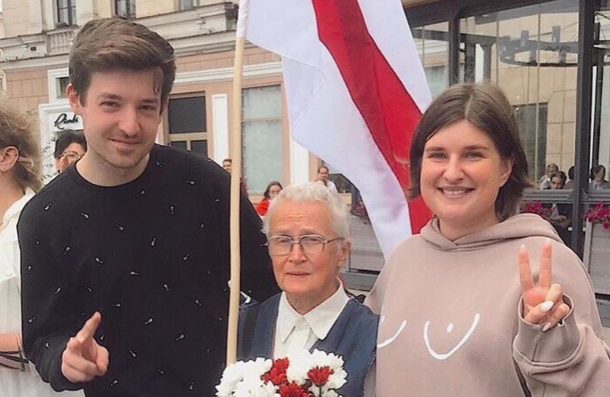 Us was inspired by the example of Belarusian patriot Nina Baginskaya

Award is given to individuals who, by acting in accord with their conscience, risked their careers or lives by pursuing a larger vision of the national or local interest in opposition to popular opinion or pressure from the government. 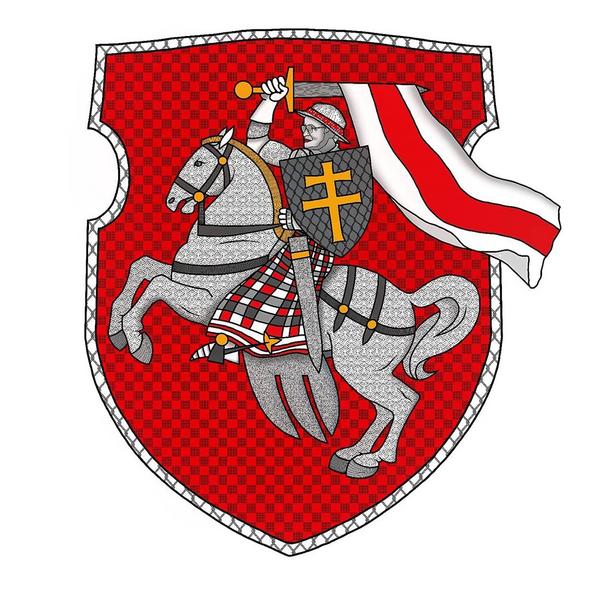 Fellow protesters and people around the world have celebrated the 73-year-old woman, who marched with the Belarusian flag and engaged in confrontations with police, therefore established the National Award for other people in Belarus.

Nina Bahinskaya cuts a frail but resolute figure amid the crowds protesting the presidential election results in Belarus that are widely seen as rigged. Since 1988, she regularly visits important protests with her flag and follows the old Belarusian dress-code, and also maintains solitary protests. She has been detained dozens of times and spent many nights in jails over the years.

Bahinskaya received many fines for activism.

"My parents told me stories that up until ‘53 there were black vans driving around Minsk, arresting people and sending them to unknown places. The same thing is happening today. History repeats itself, and it’s sad. But look, the people don’t live in fear anymore, despite the police trucks, they go out to the streets day after day,” Baginskaya told.

Video footage on social media showed a masked officer ripping a red and white flag out of her hands before bundling her into a van.

Baginskaya has already become a symbol of the Belarusian protests

She is often depicted on posters. Her simple expression “I’m just walking” that she innocently and ironically said to a police officer became a powerful motto. 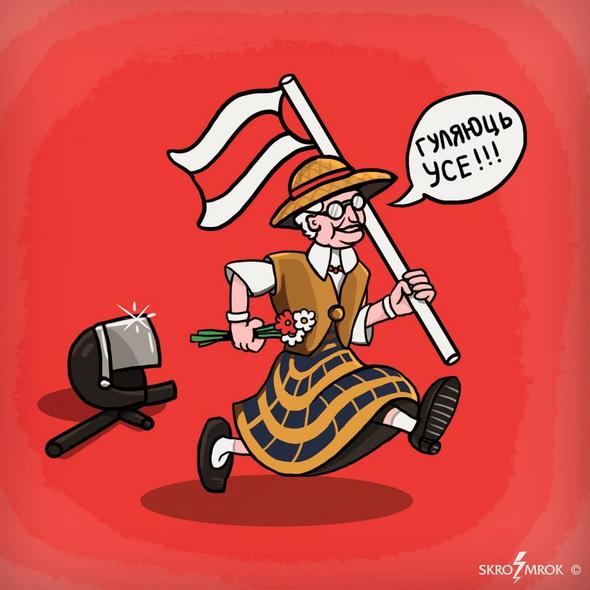 “Fear is a normal emotion. From childhood, a person learns to fear snakes, wild animals, robbers, then grows up and begins to fear death. But next to death is the dignity that makes us human. When it comes to defending dignity, there must be no fear,” the activist said in an interview tut.by. 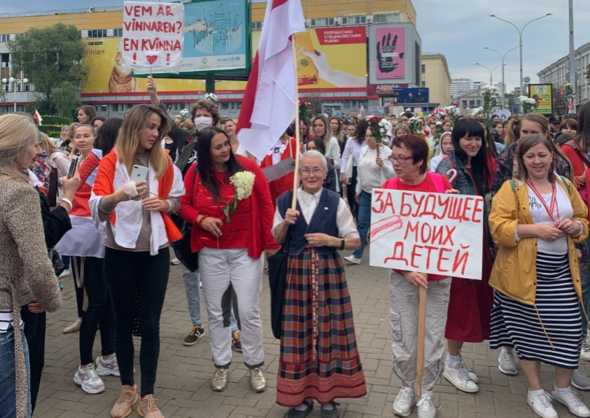 Baginskaya’s favorite hero was Spartacus, the gladiator slave who led an uprising of slaves in Ancient Rome, from the eponymous book by Raffaello Giovagnoli. A teenage girl was attracted by his craving for freedom.

The Grandmother of all Belarusians – Nina Baginskaya


Today the pictures of Nina Baginskaya titled The mother of the Belarusian revolution can be found in the online version of the magazine VOGUE. 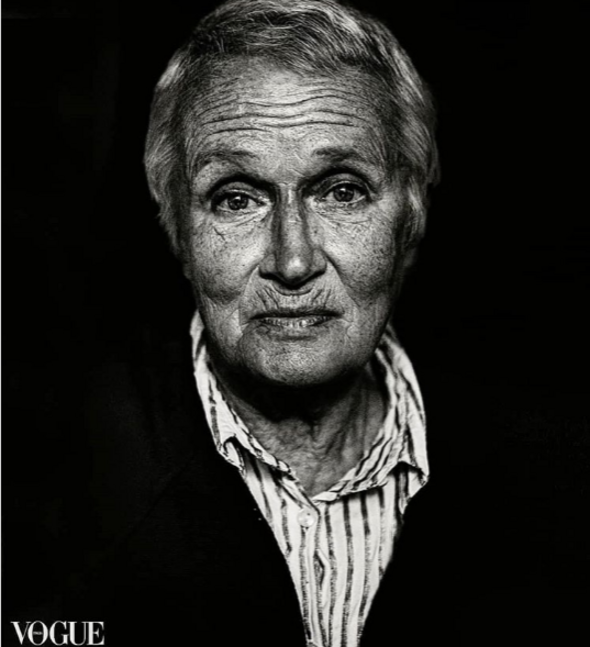 Here is how photographer Ivan Revyako described his meeting with Nina Baginskaya, 73-year-old activist, on his Instagram page.
- Nina Grigorievna, what would you say to Belarusians if you knew that everyone would hear you?
⠀
She prepared for a long time, though very hard, and then said.
- I would advise two things. The first is that one cannot be happy without freedom. We need to fight for our freedom, for the land, for the language, we need to fight for our people. The earth and the people must be free. And happy.
And the second is that we need to preserve our nature. We should keep it neat and tidy. We all came from nature and we should preserve it. And tell everyone on the internet that I love them all. 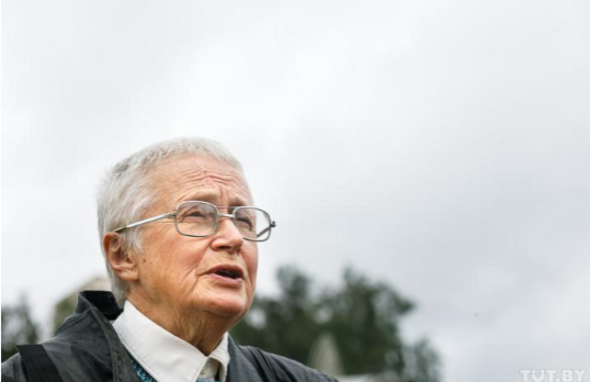 Since October 2020, the Belarusian Diaspora's IFC has awarded the Civil Courage Award to one or ten activists each month.  The Award includes the "Certificate of Distinction in Civil Courage" to selected prize finalists and the honorariums of $1,000.

The board of trustees!
Campaign for Nina Baginskaya Award

Thanks for your support!